Open University academics are involved in a wide range of public engagement activities with both schools and the general public. Here are some of the events our STEM faculty staff are involved in. 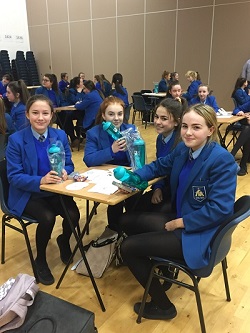 The Open University participates in the Northern Ireland Science Festival every year. Over 180 science events took place this year during the 11 day Festival in February, spanning over 50+ venues across the region.

The annual NI Science Festival offers a stimulating range of events, focusing on the wonders of science, technology, engineering and mathematics. During the day, the Festival offers a range of workshops, talks and interactive activities for young people, parents and schools. In the evening, adults are presenting with an eclectic mix of scientific debate, talks, theatres, comedy, music and film.

In 2018 staff at The Open University’s office in Belfast organised a range of events as part of the OU’s contribution.

Gerry Golding and Charlotte Webb from The Open University School of Maths and Statistics were in Derry, working with students from St Mary’s College to Unlock secret codes and extra sensory powers as part of the Festival’s schools programme. 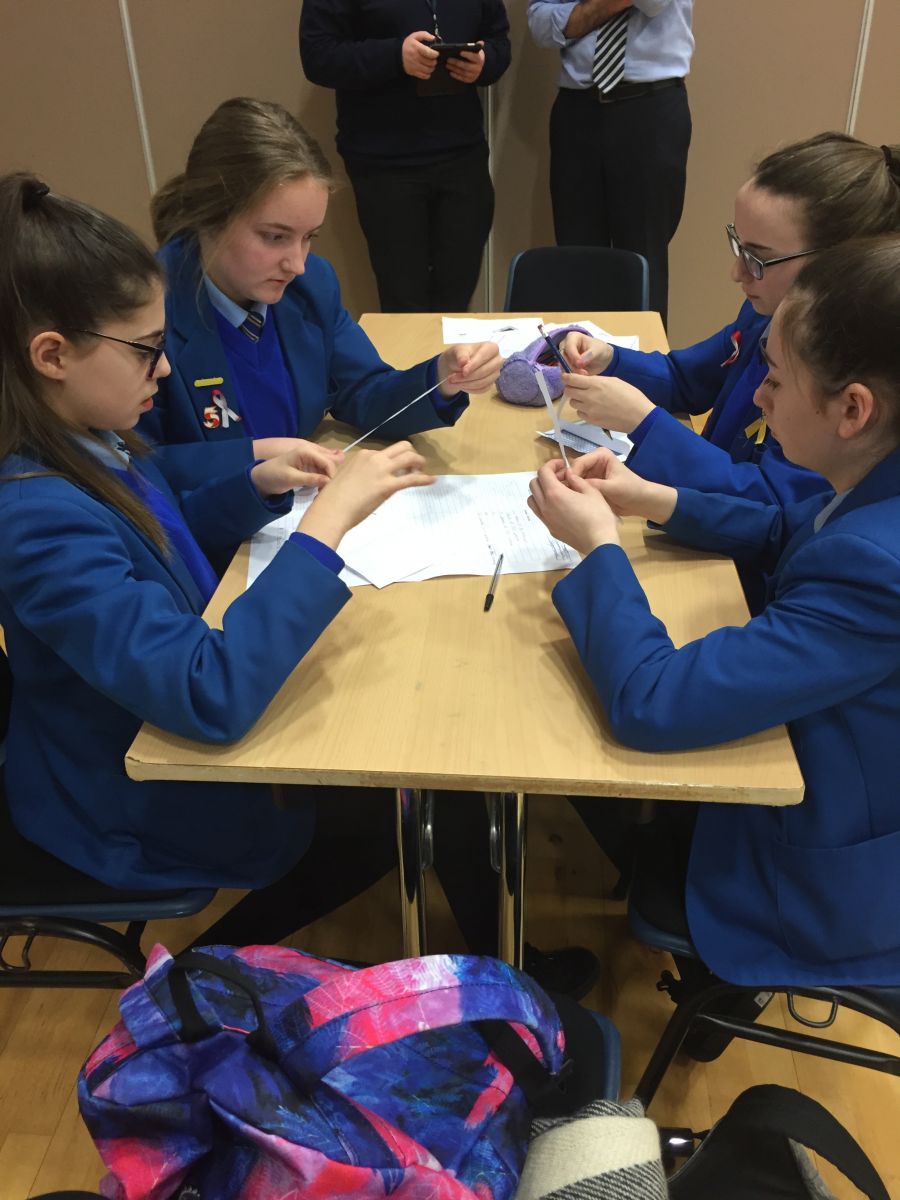 Dr Armando Marino hosted a sold-out session in the Ulster Museum on the science of Earth Observation (EO) – the skill of making sense of our Earth using satellite sensors.

Dr Rachel McMullan’s two events in Belfast were also sold out – one on ‘Who stole the car?’ using forensic techniques to solve a crime, and ‘Yuck, that’s disgusting’ looking at the origins of disgust.

Dr Shahram Taherzadeh held a four-day sound experiment to test ‘How loud can you shout?’ in Foyleside Shopping Centre in Derry.

For more information and to keep up to date about forthcoming events next year visit nisciencefestival, our team in the Belfast office will be happy to answer any queries. 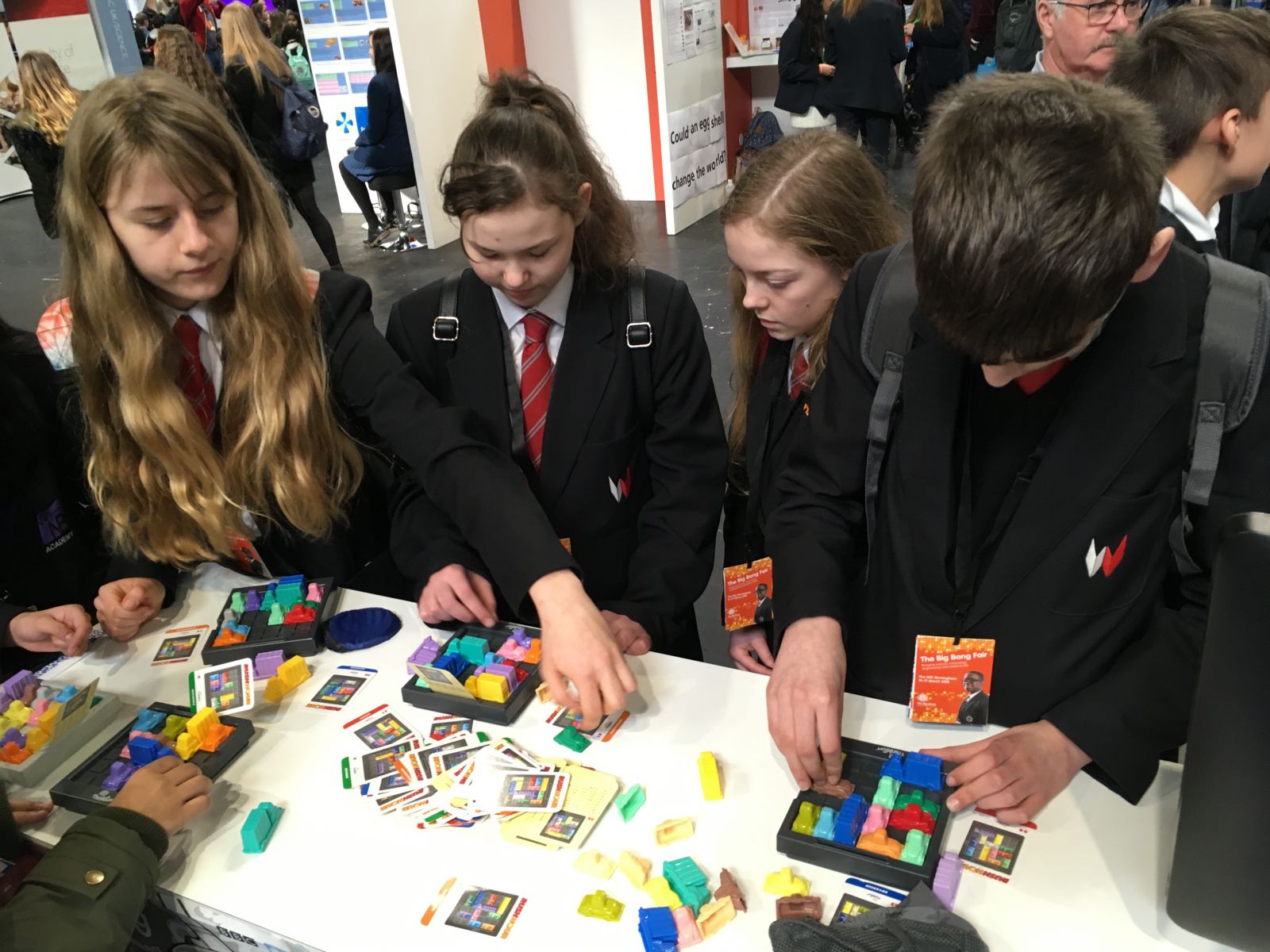 The annual Big Bang Fair is the UK’s largest Science Fair. It is also the largest public event in Britain which is not a football match, with around 80,000 attendees over four jam packed days!

In 2018 the Open University School of Mathematics and Statistics worked together with the School of Engineering and Innovation to run an interactive stand at the fair with mathematical challenges, puzzles and competitions. 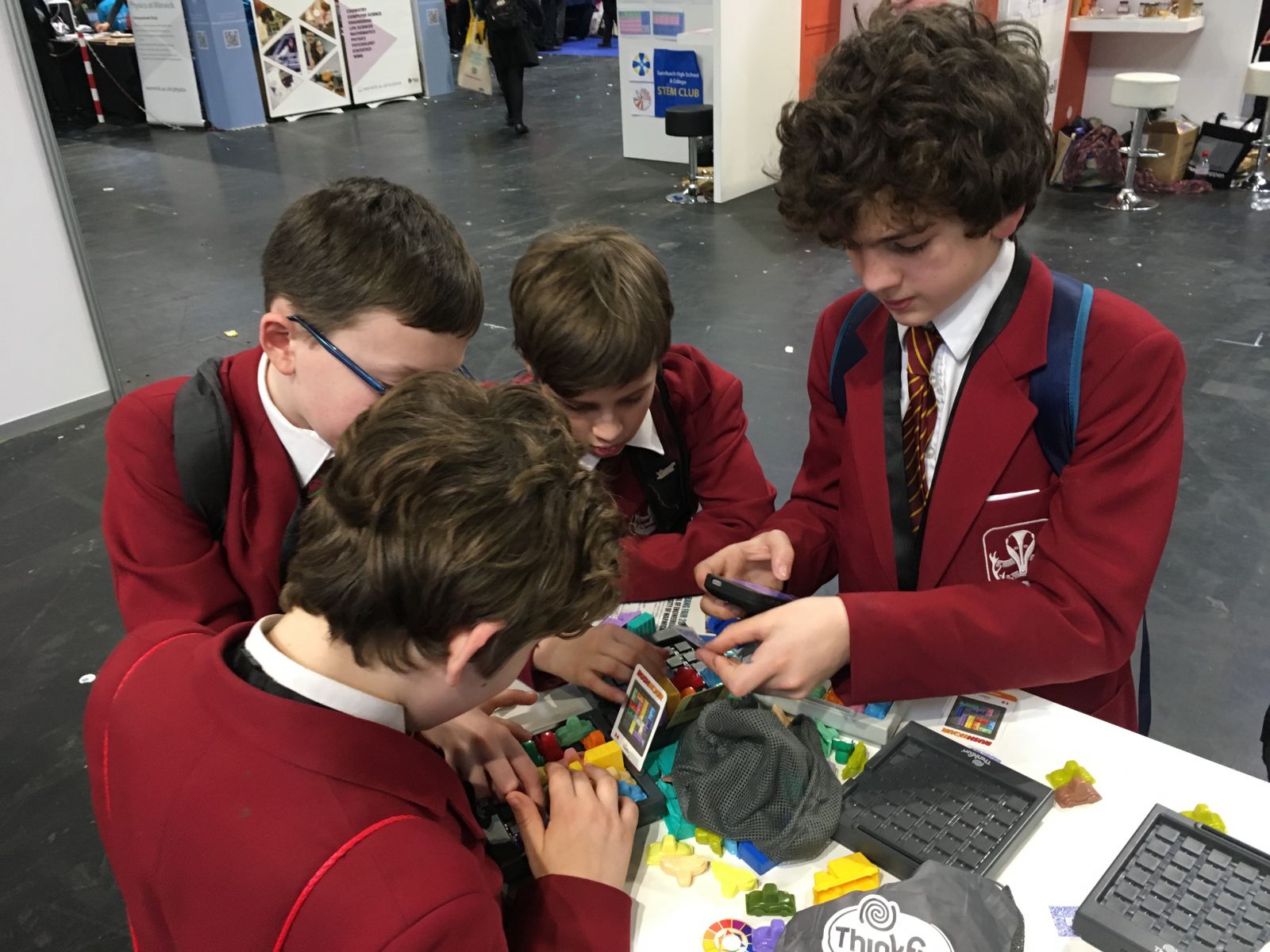 Alongside the Open University stall, the Big Bang Fair is the home of the national Young Scientist of the Year and the Young Engineer of the Year competitions.

The fair takes place in the Birmingham NEC, occupying four of the giant halls there. Entry is free for school students, teachers and families.

The next Big Bang Fair will be held on 13-16 March 2019. Find out more at thebigbangfair 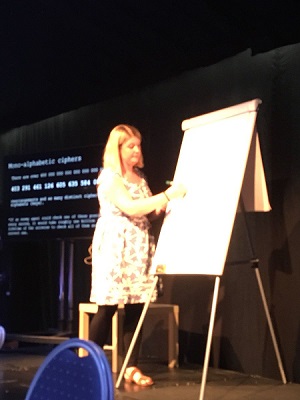 In June 2018 Charlotte Webb and Sue Pawley from the Open University were at the Cheltenham Science Festival as part of the schools programme, working with children in key stage three, to crack codes and solve mathematical challenges in teams.

How long is a piece of string? What makes the world turn? And why does chocolate taste so good? From the state of the planet, to the latest stem cell research, to the secrets of the perfect cup of tea – nothing is off limits at Cheltenham Science Festival.

With past speakers including Brian Cox, Robert Winston, Alice Roberts and Richard Dawkins, the festival was the perfect place to pose your most burning questions and expand your mind. There were six jam-packed-days of debate, discovery, experiments, enjoyment and hands on fun.

We often post about new and upcoming events on our social media pages which you can find here: