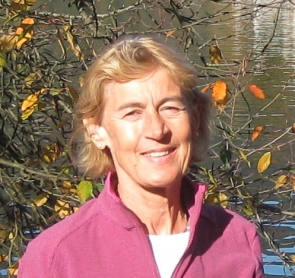 I am Professor of History of Mathematics in the School of Mathematics and Statistics having joined the OU as a full-time PhD student in 1989.  I worked in an art gallery in London for several years before studying mathematics as an undergraduate at Kings College London.  I then worked in the City for two years before returning to Kings to study for an MSc in mathematics, after which I went to the OU. I chose the OU for my PhD study because, at the time, it was the only university in the country which offered the opportunity for graduate study in history of mathematics in a mathematics department.

I am chair of the International Commission on the History of Mathematics, and a member of the Council of the British Society for the History of Mathematics, having served as the Society’s President.  I am also the Archive Curator for the IMU, and a Visiting Professor at the LSE.  I was an elected member of the Council of the London Mathematical Society and served as the Society's Librarian (2007-2018).  I have been invited to speak at the ICM 2022 in St Petersburg.

My research focuses on the history of 19th-20th century mathematics, particularly in Britain.  Recent studies concern the role of Cambridge mathematicians during WW1, and the use of geometric surface models in research and in teaching.  Current projects include studies on the contribution of George Birkhoff to topological dynamics, and the contribution of Olaus Henrici to the development of harmonic analysers.

I have a special interest in the history of the gender gap in mathematics, and am working on the representation of women in mathematics as portrayed through a variety of media.  See, for example, my article on Philippa Fawcett, the woman who scored more highly than all the men in the Cambridge Mathematical Tripos of 1890, which was published in the LMS Newsletter (May 2020).

I was a member of the panel on The Gender Gap in Mathematical and Natural Sciences from a Historical Perspective at the 2018 ICM in Rio de Janeiro, after which I was interviewed by Plus Magazine. You can view the interview here.   I have also been interviewed by Womanthology and Pie News.

I am chair of MST124 Essential Mathematics 1, and deputy chair of M840 Dissertation in Mathematics where I am responsible for the M840 option History of Modern Geometry.

I am currently developing an open-access diversity resource for mathematics undergraduates and mathematics teachers.

I have given talks to a variety of audiences, national and international, from schools to the University of the Third Age, including the Women of the World Festival, the Northern Ireland Science Festival, Gresham College, the Royal Society Summer Science Exhibition, and the Institute of Physics.  A selection are listed below. You can view my inaugural lecture “He denies the very existence of a woman mathematician” here.

I was a member of the Advisory Panel for the new mathematics gallery in the London Science Museum (Mathematics: The Winton Gallery), which opened in 2016.  I also helped to curate the Sublime Symmetry exhibition at the Guildhall Art Gallery in 2018.

I have been the academic consultant and/or contributor to television programmes such as Magic Numbers: Hannah Fry’s mysterious world of mathematics (BBC4); Calculating Ada. The Countess of Computing (BBC4); The Story of Maths (BBC4); Attack of the Zeppelins (Channel 4); High Anxieties: the Mathematics of Chaos (BBC4); and radio programmes such as A Mathematician’s Guide to Beauty (BBC R4) and In Our Time (BBC R4).

A selection of recent lectures and events

What are Women’s Competitive Advantages in the Field of Science?  (Public roundtable discussion, NYU, Abu Dhabi)

A career in (history of) mathematics (Ampleforth College)

It is easier to square a circle than to get round a mathematician”:  The Wit and Wisdom of Augustus De Morgan (Guildhall Art Gallery; Russell Cotes Art Gallery)

Women Computers in WW1 and WW2 (City of London Academy)

The fantastic story of Sofia Kovalevskaya, one of the first great women in maths (Women of the World Festival)

“A Woman can win the victory, though she may not wear the wreath”: women and mathematics in late 19th century Cambridge (Florence Nightingale Day, Lancaster University)