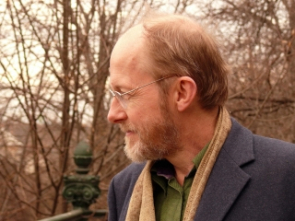 My doctoral research focussed on the origin of granites in the Pyrenees (University of Cambridge). Following post-doctoral studies in the field of Archean tectonics and zircon geochronology at the University of Toronto and the Carnegie Geophysical Laboratory (Washington D.C.) I developed my taste for fieldwork as a survey geologist on the Arabian-Nubian Shield (Saudi Arabia) and for mineral exploration on the Semail ophiolite (UAE). Returning to the U.K. I worked as a lecturer for the University of London and then the Open University where my research focussed on crustal growth in the Arabian-Nubian shield and on the evolution of the lower crust (origin of charnockites) in South India. Since 1985 I have been working primarily in Tibet and the Himalaya, linking tectonics, metamorphism and magmatism to improve our understanding of the evolution of both crust and lithospheric mantle during continental collision. Recently, I have also been concerned with the consequences of mountain building resulting in: (i) extending the use of isotopic proxies for silicate weathering; (ii) testing climate-topography linkages in southern Asia by quantifying the elevation history of the Tibetan Plateau and by exploring its impact on monsoon intensity. Other projects include intra-plate magmatism in Mongolia, post-collisional magmatism in the Caucasus (Georgia) and assessing variations in monsoon intensity on millenia timescales through speleothem studies in NE India. This research has provided projects and logistical support for many PhD studentships and forms an integral part of the outputs of the Dynamic Earth Research Group at the Open University.

The scope of my scientific interests covers the following topics:

A complete publications list is available from my ResearcherID/Publons profile. Most of these are available through ResearchGate. Teaching activities are underpinned by synergy with my research activities, covering the broad fields of igneous and metamorphic petrology, Earth systems science and tectonics. I have been particularly active in the provision of field training to Open University students, both as part of the undergraduate curriculum and as extra-curricular activites as exemplified by OUGS Himalayan field trips to Nepal, Bhutan, Sikkim and Ladakh. External Examiner for the Department of Earth Sciences (Part 3, Part 2), University of Cambridge, and previously for universities of Edinburgh and Leicester.

Academic lead on residential schools for geoscience fieldwork in FSCs at Blencathra (Cumbria) and Kindrogan (Perthshire). International links that enable my research include University of Delhi (Prof Talat Ahmad), NODIA Institute of Geophysics, Tbilisi (Prof Shota Adamia) and China University of Geosciences, Wuhan (Prof Hongfei Zhang). I am a member of the College of Expert Reviewers for the European Science Foundation. I have been appointed UK Co-ordinator for International Geological Congress 2020 to be held in Delhi (postponed until August 2021) and will give the keynote address to the symposium ‘Tectonic Evolution of the Himalaya’ (Theme 11: The Himalaya – Anatomy of an Evolving Mountain Chain). In November 2018 I led the Oxford-Cambridge universities alumni excursion The Making of the Himalaya: a geological traverse across Bhutan.