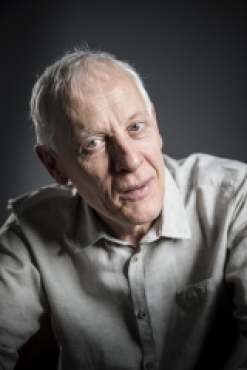 Appointed Visiting Fellow in the Advance Systems Thinking in Practice group in 2015 to work with Prof Ray Ison on the systemic solutions to the worldwide problems of fading democracy, political disengagement, misfiring public services, and inadequate action for climate change and the other consequences of the Anthropocene.

My focus is on the design of the political/electoral/democratic/governmental system and its role in causing these problems, alongside new designs both to prevent them and to contribute to a better world.

My career has been mainly with PricewaterhouseCoopers (formerly Coopers & Lybrand), 1982-2008, where I was a partner in the Management Consulting practice for 20 years, specialising in organisation theory and practice. My roles here included leading the local government practice for the south of Britain, head of quality, training and development, lead on technology industries, head of media and entertainment consulting in Europe, and latterly lead in central government for justice systems departments (Home Office, Ministry of Justice, courts, judiciary) and the Environment Agency. Concurrently, I was a member of the UK and Global boards of PwC, overseeing the merger and management.

I combined this career with periods as trustee and chair of Relate - the British relationship agency, 1990-2000, and of Demos - the think tank, 2004-08. From the early 1980s I advised several governments, national and devolved, on public sector reform, family policy, civil service reform, and specific projects including the Olympics and IT. I observed at first hand the causes of successful and failed implementation. Public appoitnments have included the Scottish Executive Expert Panel, Leeds University SSRC programme on care and values in the family.

In 1991-2, for John Smith then leader of the Opposition, I designed the organisation of the Labour Party, which was subsequently implemented by ’New Labour’ under Tony Blair.

My early career was in engineering and manufacturing industries, including process plant contracting.

Has Britian (or indeed Ireland) Got Government Talent Sluuger O'Toole 2017

In a Post-Brexit Britain, our vocational education system must work properly FT.com, 2017

Is British Democarcy Becoming A Compettion of Incompetence? Slugger O'Toole, 2017

England Is The Last Place On Earth The Conservative Party Has Left To Rule Left Foot Forward, 2017

Sir Ivan Rogers’ exit proves, once again, that the Civil Service serves its own interest not Britain’s Telegraph.co.uk 2017

Blogs on Schools, Health Service, Rail, Broadband and the relationship between their performance and their governance. 2016/17

As well as being a democratic outrage, First Past the Post has additional unseen consequences Democratic Audit, 2015

Stand & Deliver: A Design For Successful Government Treaty For Government, 2014

I am undertaking research for a book with Prof Ray Ison, provisionally titled Diamonds Are Not Forever, on the systemic solutions to limiting the consequences of the Anthropocene. To be published by Routledge.

Towards Systemic Governance: 1 day workshop at the OU, May 2017

Governance For the Anthropocene: I day workshop OU, May 2017

Throughout my career I have designed and run many programmes for consultants and clients including systems solutions, project management, marketing, quality, strategy; and led seminars and given hundreds of presentations.