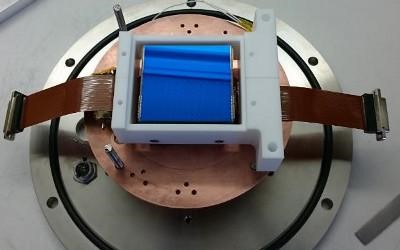 The UK Space Agency (UKSA) has signalled its commitment to OU space research by increasing its funding for a pioneering space imaging project by more than £287,000. The grant adds to the £114,000 the agency invested in the project in 2021.

The project continues research The OU’s Centre for Electronic Imaging (CEI) has been doing since 2008 to develop and test image sensor technologies for the European Space Agency’s (ESA) latest space telescope, Euclid, which will launch in 2023. Euclid’s Visible Instrument (VIS) will map the Universe’s geometry, dark energy and dark matter. Protecting it from the harsh space environment, where colliding with high-energy protons hurtling close to the speed of light can knock silicon sensors’ atoms out of place, is vital. These misaligned atoms temporarily ‘trap’ the signals the sensors generate before releasing them later, leading to images that appear heavily smeared.

Read the full article on the OU Research Website