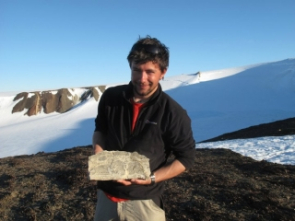 I have been a PhD research student at the OU since October 2016.  My research is focussed around the processes active in differentiated planetesimals in the early solar system.  I use a high-precision laser-assisted fluorination technique to measure oxygen isotopes in differentiated meteorite samples from these bodies.  By doing so I am seeking to better understand the links between different meteorite groups and the deep-mantle and core processes active in the earliest forming planetesimals.

Prior to starting at the OU I worked as a geoscientist in an oil and gas consultancy company for four years, before that I completed an MSci in Geology from the University of Birmingham.