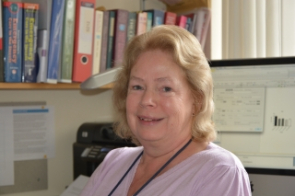 My first degree was in Genetics and Microbiology, and my PhD was in Molecular Biology, studying the process of division in E. coli. I carried out post-doctoral research at the Imperial Cancer Research Fund in London, and at the Dept of Anatomy, University of Cambridge, before coming to The Open University in 1983. In addition to my work as a central academic I have been an Associate Lecturer, a Tutor-Counsellor, and an Open University student. I have been Director of Teaching, Health Sciences Programme Lead, and Head of Department. I have been Chair, and remain on the Executive Committee, of the Heads of University Biosciences, a special interest group of the Royal Society of Biology. I am also a Trustee of the Royal Society of Biology Council.

My research interests follow two strands: the functions of adipose tissue and how diet can affect them, and methods for supporting students, particularly those studying in the workplace.

Previously we have studied the local interactions that occur between lymph node cells and the surrounding adipocytes, and the effect of diet on these processes. We are particularly interested in the interactions that occur when the lymph node is subjected to an immune challenge, and becomes activated to respond to the challenge. The activated lymph node cells release a variety of inflammatory cytokines, which bind to receptors on the adipocytes. These then respond by upregulating the expression of the cytokine receptors, and releasing some of their stored triacylglycerol fatty acids. The whole adipose depot can be affected, with new blood vessels developing following even a small immune challenge. We are currently expanding our interests to examine interactions between epicardial adipose tissue and underlying cardiac myocytes. The adipocytes are able to modulate the contractions of the cardiac myocytes, suggesting that the interactions between them are important in health and disease.

The fatty acids released by the adipocytes can be used locally by neighbouring cells to support their functions. The fatty acids can be used as a source of energy, but, more interestingly, they can also be used as precursors of new plasma membranes and of eicosanoid signalling molecules. The proximity of adipocytes to their neighbours means that interactions occur very rapidly, and the relationships between the cells is highly dynamic. There is evidence that the time-course of interactions can be affected by the fatty acid content of the diet.

We have developed a tissue culture model in which we can explore these mechanisms further. We have devised a three-dimensional co-culture system in which adipocytes and other cell types such as lymph node cells or cardiac myocytes can be grown together in a way that mimics the internal environment (Patent Application number 0606764.9). Using this system, we can apply a simulated environmental challenge and monitor the molecular effects. We can also modify the culture conditions in such a way as to model the effects of different diets on the process. The culture system is readily adaptible to the culture of a variety of cell types, including stem cells, where their properties can be investigated in a three-dimensional environment.

My pedagogic research has focussed on the support of students in the workplace, and the extent to which changes in their learning environment influences their academic success. As part of this project I have looked at the influence of different approaches to assessment to discover whether particular types of assessment are more appropriate for work-based students.

I am also interested in online teaching of practical biology, and the extent to which students can achieve practical competences at a distance.

Rietdorf, K. and MacQueen, H.A. (2016) Investigating interactions between epicardial adipose tissue and cardiac myocytes: what can we learn from different approaches? British Journal of Pharmacology. In press.

For several years I was Award Director for Health Sciences,and I still lead the Work-based learning Programme.

I have a significant external profile and my work with HUBS and the Royal Society of Biology offer good opportunities for networking and influencing in the wider Higher Education sector. I have sat on a number of Working Groups, particularly those dealing with the status of university teaching, and the problems faced by returners to science following a career break. As a Trustee of the RSB Council I am able to keep abreast of, and influence, developments in my professional sector.

Investigating interactions between epicardial adipose tissue and cardiac myocytes: what can we learn from different approaches? (2017-10)
Rietdorf, Katja and MacQueen, Hilary
British Journal of Pharmacology, 174(20) (pp. 3542-3560)

Culture and differentiation of preadipocytes in two-dimensional and three-dimensional in vitro systems (2007-06)
Daya, Sandeep; Loughlin, Alison J. and MacQueen, Hilary A.
Differentiation, 75(5) (pp. 360-370)

How does fat cause heart diseases? Effects of epicardial adipocytes on cardiomyocyte signalling and contractility (2015)
Rietdorf, Katja; MacQueen, Hilary and Bootman, Martin
In : Physiology 2015 (6-8 Jul 2015, Cardiff)