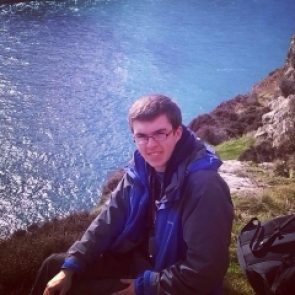 I am a final year PhD student funded by NERC through the CENTA Doctoral Training Partnership, working in the Palaeoenvironmental Change Research Group within School of Environment, Earth and Ecosystem Sciences. I have a wide interest in geochemistry, palaeoclimatology and palaeoceanography. My PhD project focuses on reconstructing ocean structure and circulation during the extreme warmth of the early-middle Eocene.

BSc Geography and Geology at University of Leicester

My research interests include:

Other research interests include:

My research focuses on using geochemical and micropalaeontological techniques to reconstruct ocean structure and circulation during the extreme warmth of the early-middle Eocene (~45-50 million years ago).

The oceans, in particular the deep ocean plays an integral role in influencing climate as there is approximately 60 times more carbon in the deep ocean than in the atmosphere. Therefore, understanding the deep ocean is of critical importance if we are to fully understand the role of the oceans on climate today, future climate and climate of the geological past. My research looks at reconstructing the structure and circulation of Atlantic and Southern Ocean deep ocean water masses during an interval of extreme warmth in the Eocene, which potential could be used as an analogue of future Earth climate.

My PhD will look to investigate a N-S transect from the North Atlantic to the Southern Ocean with the aim to reconstruct deep ocean flow pathways and ventilation state of the deep ocean water masses. I will use a multi-proxy appraoch by combining geochemical tracers such as carbon and oxygen isotopes of benthic foraminifera, Nd isotopes of fossil fish teeth and bulk sediment geochemistry.